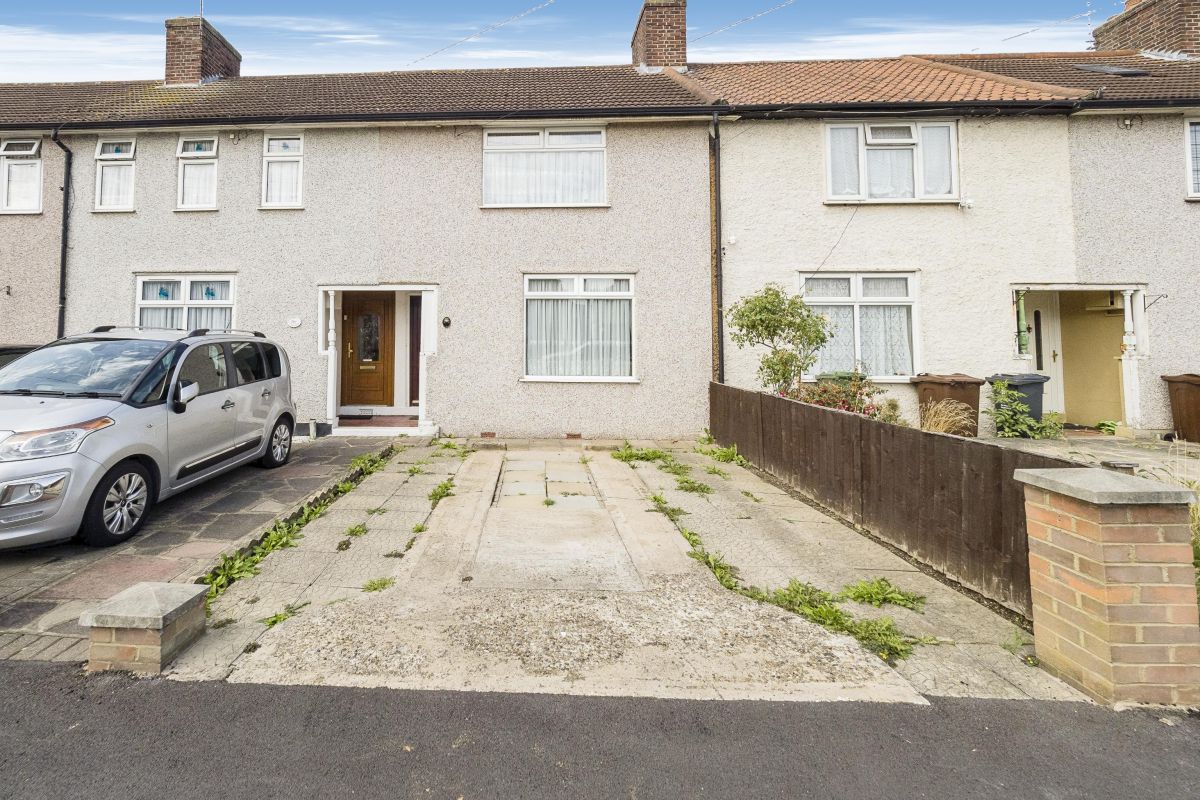 Note: We do not currently cover Northern Ireland Not yet available

Not tracking this property And it's not in your portfolio.

49 Sterry Road, Dagenham is a 2 Bedroom Terraced property located at the RM10 8NX postcode. It is within tax band C.

Compared to other properties of the same type in the surrounding area, this property is the average.

Is this your property?

We pride ourselves on our data accuracy. If you would like to request amendments to the attributes for this property, please click here.

No onward chain with this two bedroom home located close to Dagenham Heathway station, shops and schools.
The ground floor consists of the lounge and kitchen that looks onto the rear garden.
The first floor comprises of the bathroom and two well proportioned bedrooms.

Your energy rates are rising. Discover your eligibility. A GOV UK £10,000+ energy grant may be available to your property under the 2022 Eco4 scheme. Find out quickly with the button below. See eligibility
Request valuation from a local property expert Free - All valuations are free and no-obligation
Easy - Takes just two minutes to book
Personal - Meet your dedicated local agent

Find available times Take the risk out of buying Claim your FREE homebuyers insurance worth up to £2,250 when you use our conveyancers. View services Mortgage monitor Exclusive auto-switching service, save over £2,000 every single year without lifting a finger. Start saving